Frank Mosley is a filmmaker and actor from Texas. He received his BA in English and a minor in Film from The University of Texas in Arlington.

His first feature film Hold, a 2010 Venice Days candidate, top 20 IFP Narrative Labs Finalist, Langdon Review of the Arts in Texas recipient, and deemed “one of the best films of 2010” by Cinemalogue, premiered at the ReRun Theater in Brooklyn in 2011.

He was a juror for the Dallas Video Festival (2009) and Oak Cliff Film Festival (2012), a panelist for the Lone Star International Film Festival (2007, 2011), and has talked about his films on NPR and Good Morning Texas. He is an advisor for Fifth Column Features and a contributor to Filmmaker magazine. His award winning short films that have been shown at various US film festivals and other venues such as The Dallas Museum of Art, 500X Gallery, and The Metrognome Collective, are now streaming on MUBI.

Represented by Linda McAlister Talent, he’s appeared in Clay Liford’s Wuss (2011 SXSW, AFI-Audience Award 2011), James M. Johnston’s Knife (Sarasota 2011, SXSW 2012), Eric Steele’s Cork’s Cattlebaron (Maryland Film Fest 2012; opening night) alongside Sundance fave Robert Longstreet, and has also snagged a Best Supporting Actor nomination (AOF Film fest, 2009, alongside such stalwarts as Ron Perlman) for his portrayal of ex-con skinhead Jamie Hewitt Jr. in Justin D. Hilliard’s The Other Side of Paradise, which played over 30 US festivals. He first garnered attention with a lead role in the Telly-winning 2004 short Separated by Light, which premiered on PBS and won awards at international festivals after receiving a Texas Commission of the Arts grant. 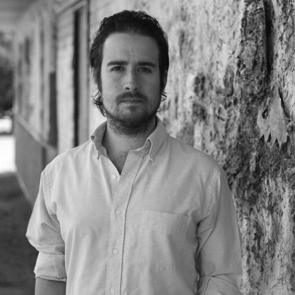