In April, I had the pleasure of acting as gaffer and associate producer on Dan Carbone’s section of the Collective : unconscious project. Filmmaker Dan Schoenbrun came up with the idea to take the dreams of five filmmakers, mix them up, hand back those five filmmakers one of their fellow filmmaker’s dreams, and THEN have them recreate and reinterpret those dreams as a film series. Brilliant!  Each filmmaker was given a budget and a deadline to produce a filmed version of their assigned dream. Oh here’s the kicker…they had no idea which dream went with which colleague; so there was no way they could get some more inside info. The shoot was fantastic, and the team did nothing short of nailing it. I can’t wait to see the finished project…AND see the filmmakers react to their dreams reinterpreted by their friends.

Here are a few stills from the shoot! Best cast and crew ever! 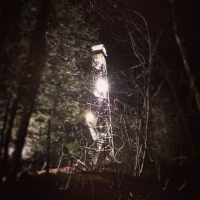 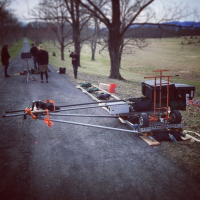